Reading Notes: The Cunning Wolf (B)

Source: The Cunning Wolf By Ellen C. Babbitt The people of a town all celebrated a holiday in the woods, however ate all their meat before noontime. This can symbolize some greed and foreshadow a problem in the future. I like the use of foreshadowing here and I could use it in many of my stories! So a man volunteered to get more meat to feed the people. He went to a pond to play dead with a club. He chose the pond because it is where animals drink water and are often vulnerable. I do not believe in hunting animals in this extreme kind of vulnerability, so I am not rooting for the man and I hope he will get outsmarted by the wolf. This is an interesting tactic in a story where people with different opinions will support different characters. So far I have always had an obvious hero and obvious villain. I like how this story allows the reader to support a character based on their opinions. So when the king of the wolves came by, he decided to pull a trick on the man by pulling on the cl
Post a Comment
Read more

Reading Notes: Why the Owl is not the King of Birds (A)

Source: Why the Owl is not the King of Birds By Ellen C. Babbitt I chose this story because Owls were my favorite animal when I was a kid. This is off topic but it reminded me of when I got in trouble as a kid, and my parents were going to tell the story at a big family dinner. To save myself from embarrassment, I yelled, "An owl says HOO!!!" Then everyone erupted in laughter knowing what I was trying to do. Maybe I will incorporate something like that in my stories. The story started off with a question which is the first time I have read a story start with a question. I like this approach because it gives the question the story was made to answer. Each group has their own king, which is somewhat true in the real world in the sense of a hierarchy and the past of man-kind. However, the birds were the only ones without a king. So after lots of discussion, the birds finally chose the owl as their king. The title of the story already gives it away that the owl will not be the k
Post a Comment
Read more 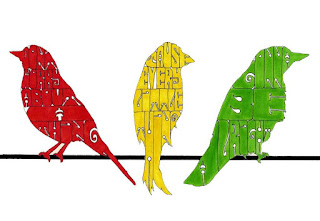 There was once three little birds living in a forrest far away. The three birds had names which were: kind, most kind, and kind-less. The birds acted the same way their names described. One day during hunting season, most kind was flying around warning other birds to stay hidden and far away from the popular hunting forests. Kind would remind every bird that flew by that it was hunting season. Kind-less would fly to the other birds nests that evacuated and steal their seeds they were saving.  While most kind was patrolling, looking for any birds left, he saw kind-less flying from tree to tree stealing seeds with a big chunky belly. Most kind said, "Stop! What are you doing? Those birds will need their food when they return!" Kind-less ignored most kind and kept stealing seeds from other birds' nests. Kind-less was so self absorbed that he did not see the hunter aiming his rifle at him from under the trees. Most kind saw this and began to worry, "Oh no! Kind-less is
1 comment
Read more

Reading notes: The Three Fishes (B)

Source: The Three Fishes By Ellen C. Babbitt A far away river, so cute! Like a fairytale usually starts with in a land far away! I liked the names describing their thoughtfulness: Thoughtful, Very Thoughtful, and Thoughtless. Very-Thoughtful was the only fish to worry about fishermen catching them when they went to the river part close to a town. So of course, thoughtful and thoughtless get caught in a net and very thoughtful feels like he must save them. So the fish makes it seem like the net had broke. The fisherman pulls the net in from just one corner so the other fishes could swim through. Once the other two fish were free, they were willing to go back to the country land to live safely. This story is interesting because it shows how sometimes one will not think of other outcomes unless they experience it first. One should try to think of all outcomes before they do something, which can be hard with lack of experience. I think wisdom can come from truly learning from others exper
Post a Comment
Read more

Reading notes: The Elephant Girly-face (A)

Source: The Elephant Girly-face by Ellen C. Babbitt The elephant's name is girly-face, which I do not love so much because it was used to describe the elephant as gentle, and not all girls are gentle! The elephant overhears robbers talking about being cruel and evil, and thinks that they are telling him how to act. So the elephant kills the keeper when he came to feed him. Then killed another keeper. So no one would go to see the elephant anymore out of fear of being killed. So a wise man was sent to see what was wrong with the elephant, and he saw nothing wrong so assumed the elephant heard bad men talking and those bad men influenced his actions. So the solution is to send good men to talk near the elephant so hopefully the elephant will be influenced by them as well. The best and kindest men were sent to talk near the elephant, saying one must be kind and gentle and not hurt others. The elephant hear this and returned to being the sweet elephant it was. This story had a powerfu
Post a Comment
Read more 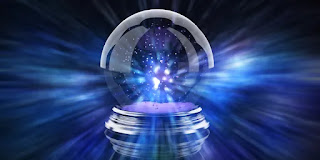 I was in bed late one night and for some reason, could not fall asleep. I have a deep fear of spiders, I mean really deep. I am laying in my bed when a frightening thought popped into my head. "A spider is going to fall from the ceiling." I frantically get up, turn on my lights, and start observing the ceiling but see nothing. Then I hear my mother scream and my father ask, "What is wrong?" She replies, "A spider just fell from the ceiling! I sat in shock. One time I was dating a guy who had not met my parents yet. My parents were visiting me one weekend and I was excited to introduce him. I went to dinner with my parents one night and a scene popped into my head. In the scene I was in the parking lot next to my house with my parents and we ran into the man I was dating. I giggled and thought how funny. We left the restaurant and sure enough, I see him walking through the parking lot we were in. Author's note: I did not have inspiration for these stories b
2 comments
Read more

Source: The Measure of Rice by Ellen C. Babbitt A dishonest king with a valuer to decide prices of things, I can only imagine that the valuer is dishonest as well. However, the valuer was a just man who gave good prices for the goods being sold. The dishonest king did not appreciate his just valuer and wanted more money, the greedy always get greedier. The king finds a peasant in the village to make the new valuer. Since the peasant did not know the price of any of the goods, he just chose a random price. In which all people would have to pay. The valuer would price 500 horses to the measure of rice, so the king would get 500 horses and the horse owners would only get the measure of rice. This upset the horse dealer (as it should), so he sought out the true valuer who understood the prices and told him what had been happening. The valuer tells the horse dealer to give the peasant a present and ask him to defend the measure of rice. He also told him to have the peasant do it in front o
Post a Comment
Read more
More posts